Learn about the history of our work

At the request of the St. Vincent de Paul Society in April 1872, the Little Sisters of the Poor were invited to establish a Home to care for the elderly in Pittsburgh. The first 7 sisters to arrive were warmly welcome by Pittsburgh’s Bishop Domenec and given a small home for their use in what was called Allegheny City (now known as Pittsburgh’s North Side).

As the number of elderly in their care grew, an additional Home was erected in 1885 along Penn Avenue in the Garfield neighborhood. The Little Sisters were recognized throughout the City as they went about in their horse and buggy begging for food and essential needs for the Home. They were beloved by all for their selfless work in caring for the elderly poor.

Through the generosity of Patrick Wall and his wife, Catherine, a second larger home was opened in 1923 on Benton Avenue in the city’s Brighton Heights neighborhood, which replaced the initial home in Allegheny City that the Sisters initially founded.

A fatal fire ravaged the Penn Avenue Home in 1931, taking the lives of some 40 Residents. Never let it be said that Pittsburghers lack for generosity. Though the Great Depression had taken its toll on the region, the community rallied to help and raised enough money within weeks to reconstruct the Home.

The Sisters operated the two homes until 1971 when it was decided to consolidate services and the Penn Avenue home was closed. A new nursing home wing, added to the Benton Avenue site was completed in 1972, in time for the centennial celebration of the Little Sisters’ arrival to Pittsburgh.

As the needs of the Home grew, the physical plant underwent several major changes. A series of capital campaigns beginning in 1998 helped provide the funding needed to bring the Home in-line with modern day standards. First, a new nursing facility—one predicated on the “Households” concept—was opened in 2004. Given the demand for decent housing for low-income seniors, the Sisters decided to re-make the original 1972 nursing home into independent living apartments. Opened in 2007, these apartments are home to 45 seniors. The final construction project was the complete renovation of the Home’s flagship, the James P. Wall Building which houses the administrative offices, the medical suite and the Gloria Chapel as well as the auditorium.

The Home is regarded as a valuable community asset. The good work performed here by committed staff, volunteers and, of course the Little Sisters create a welcoming environment for all to be proud. 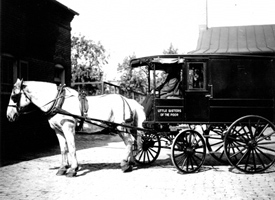 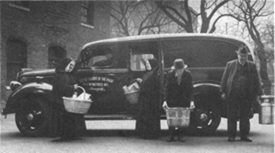 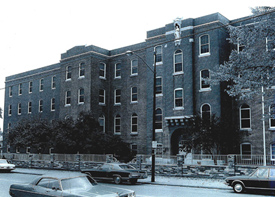 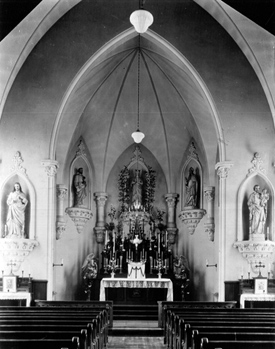